The "COTA E-News" is intended to enhance the communications among overseas transportation professionals and their counterparts in China, and promote the networking and collaboration among COTA members and friends. Your support and feedbacks are warmly welcome and highly appreciated!


Share your news with COTA community by submitting it to news@cota-home.org 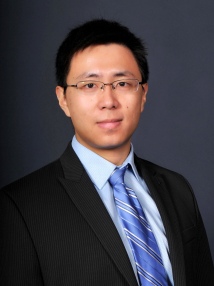 
Dr Ke Han is Assistant Professor in the Department of Civil and Environmental Engineering at Imperial College London. He received Bsc and PhD degrees in mathematics from University of Science and Technology of China (2008) and Penn State University (2013), respectively. His research spans a variety of aspects of transportation science and engineering, including traffic network modeling, traffic control and management, network science, sustainable transportation, multi-modal transportation, air transportation, and big-data analytics. He has published a book “Models for Vehicular Traffic on Networks”, and over 80 papers in leading journals and conferences. He has delivered over 50 invited or keynote speeches at international conferences such as ISTTT and Big Data Expo. He is on the editorial boards of Transportation Research Part B, Transportation Research Part C, and International Journal of Transportation. He is a guest editor of TR Part C, and associate editors of IEEE ITSC and CICTP. He was named “Chan Wui & Yunyin” Rising Star Fellow by Transportation Research Board in 2016. He is appointed Chief Scientist by Cloud-Guizhou Big Data Science & Application Research Center; he is also a Visiting Professor at Nanjing University of Aeronautics and Astronautics, Special Consultant at Beijing Tsinghua Tongheng Urban Planning & Design Institute, and President of COTA-Europe. He has conducted research funded by the US National Science Foundation, European 7th Framework Program, Newton Fund, and a variety of industrial bodies.


Information for prospective students:
Candidates (PhD program) are sought to work in the areas of intelligent transportation, transport big data, and smart cities. Eligibility includes relevant background in mathematics, statistics, computer science, and engineering; working knowledge in statistical/machine/deep learning preferred. Good spoken and written English and communication skills are required.
Dr Han is also the Admission Officer for the Transport Msc program jointly offered by Imperial College London and University College London (http://www.imperial.ac.uk/civil-engineering/prospective-students/postgraduate-taught-admissions/transport-cluster/msc-transport-engineering/).
My story with mathematics:
Almost every engineer knows the importance of math, but some don’t appreciate it as much as I do – in fact I have quite mixed feelings about it. As a math student who spent his first two years of Ph.D. working with differential geometry and Hamiltonian systems, I came to know traffic research in 2011 by incidentally working with Terry Friesz at Penn State. He’s a theorist, to say the least. My learning curve in traffic theory was steeper than the White Cliffs (BTW great place to go if you’re touring in the UK) largely thanks to my math training and, of course, the way Terry works around traffic problems. When I went to Imperial College for the job interview, the Head of the Transport Section said – and I learned this later from a student – ‘Ke is so great with math, so great that he is almost robot-like, we got to make him more human’. Well, that’s all I’m doing in my years at Imperial so far. My publication is the greatest testimony of my transition into a “human”, but I’m not there yet, and I don’t think I will. I’m trained as a mathematician, but I’m also educated to be open and inclusive. I believe the greatest benefit of my skills is yet to come …

Call for papers for the special issue: Big Data in Railway Transportation
https://www.journals.elsevier.com/transportation-research-part-c-emerging-technologies/call-for-papers/special-issue-big-data-in-railway-transportation

Hangzhou: becoming top in the nation on smart city

"BRT" application and market in China

ITS in deeply supporting smart city applications and development trends

The Airport Of The Future Is A Self-Contained City. You Might Even Get Married There

3 Startups That Are Improving the Urban Experience

Bus ways and bike lanes: Navigating Pittsburgh without a car

Riding Out The Storm

Data Bike to Hit the Trails in Des Moines

The Leap From The Lion’s Head: The Need to Catalyze Connected Vehicle Adoption and Reduce GHG Emissions

Despite controversy, Uber’s new autonomous car head is driving toward a driverless future

Robot Cars Can’t Count on Us in an Emergency

Wisconsin gives autonomous vehicle innovation a lane to drive itself

Autonomous Car Testing Costs Could Be Cut 99% With New Method

LAWYERS, NOT ETHICISTS, WILL SOLVE THE ROBOCAR 'TROLLEY PROBLEM'

Self-Driving Cars Could Soon Save the Average Family at Least $5,600 a Year

Europe on the Move: Commission takes action for clean, competitive and connected mobility

Driverless Cars on UK Motorways by 2019

Finland is aiming towards smart transport

ITS Australia Newsletter, May 2017 Edition

RTA Wants To Use Data To Make Your Ride Safer

Asia is reinventing the megacity